Jeong-dong Culture Center was my second semester project in third year of architecture school at Inha University. I was taking a class called Understanding Photography at the time, so I tried to apply something I learned from there to my studio project. Roland Barthes’ “punctum” from “Camera Lucida(page 43-59).” However, from re-reading Camera Lucida, I realized what I did back then for this project was probably the opposite of punctum. Barthes defines punctum “a detail which a photographer could not not photograph at the same time as the total object(Camera Lucida, pg.47);” which means as an architect, punctum should be an unplanned accident which can arouse great sympathy to the users in the space. It would not be a part of the big idea, but detail(s) that inevitably follow.

Anyhow the given site in Jeong-dong was where Jeong-dong apartment and Canadian Embassy is currently located. As I analyzed the site, it seemed to me that if the current situation is disregarded to allow us to create something from scratch, the area lacked residential space and shared space for the community for holding events. So the proposed program was a culture center with residential units with certain design and material to work as punctum.

Mass was divided into two parts. The mass closer to major road would be the main culture center; the mass in the back would have a communal lobby with a bookstore and seminar rooms on the lower level with residential units on the upper levels. Noise from the school on the east of the site would be minimized by having the residential units at a higher level than the school.

Here are some pictures of the final model.

Following are plans, elevations, and sections. 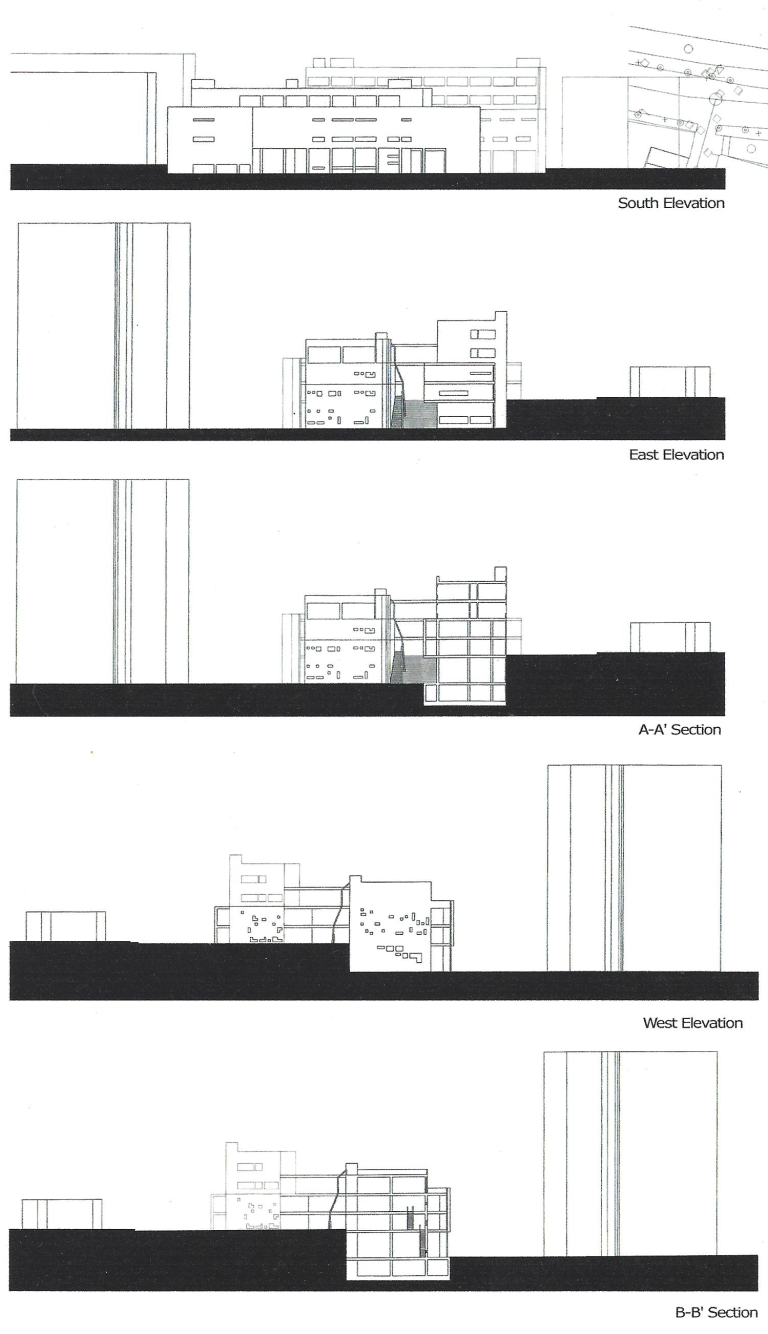 Architect View all posts by Yereem